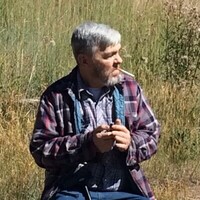 Darrell Fisher, age 74 of the Evant community, passed away on the evening of January 6, 2022 surrounded by his family.

Darrell was born on August 22, 1947 in Brownwood, TX to the late Clarence and Geneva Fisher. He grew up and attended school in Blanket, TX. Darrell joined the military and made it his career of 20 years. He was a veteran of the Vietnam war and over the years received multiple medals and awards. During that time, he met and married Sonda “Beth” Fisher. They immediately had 3 daughters: Missy, Tina, & Angela. Due to his active military career, the family tagged along, living in multiple countries and several US states. Darrell and Beth loved to travel and always had countless stories to share about this time with their girls. He was lastly stationed in Fort Hood, where upon retiring settled in the beautiful Texas Hill Country and created a small family farm. Shortly after Darrell’s retirement, they were surprised with another daughter, Pooh. Darrell and Beth had entrepreneurial spirits and from gorgeous woodworking, to ultimately creating a successful leather company named Frontiersman’s Outfitters, they enjoyed creativity. His final career was at Evant ISD for 10 years. He made many friends and left wonderful impressions on countless children’s hearts. His life was full of camping, fishing, adventures, and SO MANY grandchildren.

To order memorial trees or send flowers to the family in memory of Darrell Wayne Fisher, please visit our flower store.