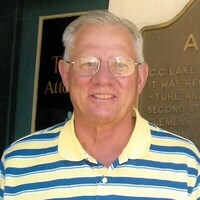 Due to Covid restrictions and seating limitation, there will be private Mass at Our Lady of Lourdes Catholic Church at 11:00 a.m. on Wednesday, January 27, 2021 and will be live streamed at https://youtu.be/6owKE94kJ1Q. Graveside services will be public, immediately following at approximately 12:00 PM at Restland Cemetery.

Danny was born on Feb. 22, 1947 in Hereford, to the late Eugene and Marie Loerwald.  He graduated from Hereford High School in 1965.  He then played baseball at Amarillo Junior College and Oklahoma State University, where he was a member of their 1968 College World Series team, before graduating from West Texas State University in 1971.  He then began a teaching and coaching career at Plainview Junior High and High School, then Hurst Junior High and LD Bell High School, before arriving at Gatesville High School in 1977.  Danny taught at Gatesville High School for 34 years where he coached football and baseball for 23 years.

Although he is known as a coach, his most profound influence on students was as a teacher.  His passion for history and geography was passed to many students.  He served as UIL Current Events coach and led the High School Challenge team for many years.  He helped in many capacities, including driving UIL academic and athletic teams to District, Regional, and State level events. He was honored with the Gatesville High School Yearbook dedication in 2002, received the Gatesville High School Distinguished Service Award in 2013, and the ‘Hornet Legend’ honor in July 2019.  Overall, he devoted 40 years to Education of which he coached for 29.

As an avid sports fan, he enjoyed taking his family to major league baseball games at various parks, college football and baseball games, and countless little league and high school games, especially those of his Houston Astros and Texas Longhorns.  He was a voracious reader who loved reading any book related to history or historical biographies.  He had an adventurous spirit when traveling.  He loved to take the long way and there were not many roads in Texas he had not traveled.  He enjoyed the mountains of New Mexico and Colorado, and was able to visit almost every state.  He also enjoyed golf at the Gatesville Country Club.  Summer vacations and holidays with his children and later grandchildren were most important to him.  He also enjoyed the friendship and fellowship of those he taught and coached with, along with the many players and students he impacted throughout his life.

He was a faithful member of Our Lady of Lourdes Catholic Church, where he was a lector, usher, Eucharistic minister and served on Parish Council.  He was also a member of Knights of Columbus fraternal Catholic service order.  From 2003-2004 he served on the City of Gatesville Planning and Zoning Commission.

He is preceded in death by his very special and loving niece, Makenna Loerwald.

The family wishes to thank those who cared for him, Coryell Health and Baylor Scott and White Health Hospice.

To order memorial trees or send flowers to the family in memory of Danny Loerwald, please visit our flower store.