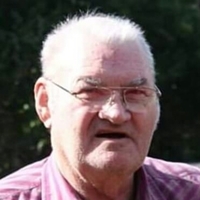 Funeral services will be held at 2:00 p.m. Sunday, Dec. 29, 2019 at Scott’s Funeral Home Chapel, with Rev. Charlie Cahee officiating.  Visitation with the family will be one hour prior to services at the funeral home.  Interment will be at Smith-King Cemetery in Mound.

Charles was born on October 25, 1936 near the Mound community, now part of Ft. Hood.  He was the son of the late Frank and Geneva Childers Blanchard.  He grew up in Mound and went to school there and Flat, graduating from Flat High School in 1955.  He married Barbara Barr on July 24, 1955.  They resided in Ft. Worth, Beaumont, Greenville and Nacogdoches for many years, moving back to Gatesville in 1984.  He and his family owned and operated the Movie Store in Gatesville, Hamilton and McGregor for 35 years.

To order memorial trees or send flowers to the family in memory of Charles Blanchard, please visit our flower store.