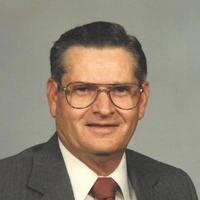 Funeral services will be held at 2:00 p.m. Thursday, October 3, 2019 at Scott’s Funeral Home Chapel, with Frank Wallace officiating.  Interment will follow at Mound Cemetery.  Visitation with the family will be one hour prior to services at the funeral home.

Carl was born on August 14, 1931 in the Mound community of Coryell County, where he grew up and attended school.  At a young age, he joined the U.S. Army, and was honorably discharged in 1949, to come back home and operate the family farm due to his father’s health condition.  He owned and operated Carl’s Sheet Metal in Temple for 30 years until his retirement.  He was an avid fisherman and member of the Central Texas Sportsman Club at Lake Belton.  Being a lover of the earth, he and Hilde grew large gardens and shared their produce with friends and family and sold vegetables at the Temple Farmer’s Market.

Carl’s family would like to express their love and appreciation to the Nichols family for their continued love and care of him throughout the years.

To order memorial trees or send flowers to the family in memory of Carl Blanchard, please visit our flower store.