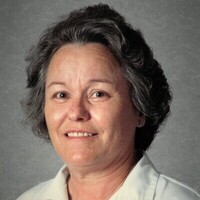 Bula M. Jones Bartek, age 85 of Gatesville and the Owl Creek community, was called home on the afternoon of November 17, 2021.

Funeral services will be held at 11:00 a.m. Saturday, November 20, 2021 at Scott’s Funeral Home with Mike Wilie officiating. Burial will follow at Flint Creek cemetery. Visitation with the family will be one hour prior to the service at the funeral home.

Bula was born on October 20, 1936 in Hattiesburg, Mississippi to the late Ebb Jones and Kathleen Bufkin Jones. She grew up and attended school in Oak Grove, MS. Bula married Gary W. Bartek Sr. on February 3,1959 in El Paso, TX. They moved to central Texas in 1978. Bula worked as a Registered Nurse for 40 years before retiring in 1998. She was a member of the Baptist Church.

To order memorial trees or send flowers to the family in memory of Bula Mae Bartek, please visit our flower store.