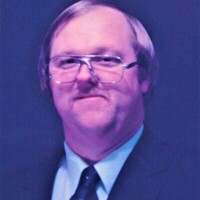 Bobby was born to John L. and Leola Summers Hodge in Gatesville on June 22, 1951. He attended Gatesville public schools, graduating from Gatesville High School in 1970.

Bobby attended Ranger Junior College on a football scholarship. After one year, he transferred to West Texas State and later to Tarleton State University where he graduated with a Bachelor of Science Degree in 1990.

He was a longtime employee of Texas Department of Corrections where he reached the rank of Lieutenant. He retired from TDC after 25 years of service. Bobby was an avid sports fan, particularly football and baseball. He followed Gatesville High School athletics and was a regular at games, until illness kept him at home.  He also followed and supported both Tarleton State University and Texas Tech University, attending many of their home games. He was a Texas Ranger fan as well, attending games as often as he could.  Bobby was a proud member of Gatesville Masonic Lodge #197 A.F. & A.M. and lifelong member of First Baptist Church of Gatesville.

To order memorial trees or send flowers to the family in memory of Bobby Hodge, please visit our flower store.