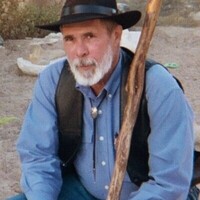 Celebration of life services will be held at 11:00 a.m. Saturday, September 24, 2022 at the Jonesboro Community Center, 11615 N State Highway 36, Jonesboro, Texas. Dress casually and comfortably and bring your stories to share. A light lunch will be served and all are welcome to visit as long as you want.

Bob was born in Huntsville, Texas on December 7, 1948 to Willie Lyndon and Clara “Belle” Pugh Johnson. In Bob’s growing years, his family moved often due to his father’s career. In 1963, they settled in Ater on the farm that his parents purchased.

Bob attended school at Jonesboro, but in 1966 he transferred to Gatesville High School where he was in the choir and served as manager for the Gatesville Hornets football team. One credit short to graduate, he transferred back to Jonesboro High School, graduating in 1967. After graduation, he enrolled at Central Texas College in Killeen where he majored in Aviation; but his tuition money was quickly depleted so he had to drop from the program.

In 1968 he joined the U.S. Navy, reporting to the Navy Recruit Training Command in San Diego, California. While there he was a member of the Blue Jacket Choir. Reporting to Glynco NAS in Brunswick, Georgia he began his training in Air Traffic Control. After completing his training and ready to see the world, he drew his first billet - - Beeville, Texas.

Before reporting to his duty station, Bob returned to Gatesville to marry his high school sweetheart, Ruth Ann Beck. They wed on April 18, 1969 and their first child, Laurie, was born in Beeville nearly a year later. After further training at Glynco NAS, Bob was to report to the Aircraft carrier U.S.S. Kitty Hawk but due to other circumstances, Bob was given an early Honorable Discharge. He and his family returned home to Gatesville.

After the Navy, Bob worked numerous jobs within Gatesville, eventually enrolling in the Nursing Department at McClennan Community College in Waco in 1975. That same year, Bob & Ruth Ann’s second child, Jeremy, was born. In 1977 Bob graduated with an Associate Degree in Nursing. After working at Scott & White Hospital in Temple for two years, Bob decided to move his family to Tyler where he would work on his Bachelor’s Degree at the University of Texas at Tyler.

While attending school, he worked for two years at UT Health Science Center and then three more years at Mother Francis Hospital. In 1982 Bob received his Bachelor of Science in Nursing; and that same year he and Ruth Ann purchased a home at Hide-a-Way Lake near Lindale. The following year they welcomed their third child, Eric. Also that year, Bob accepted a position at the hospital in Gladewater as Patient Services Coordinator. In 1985 Bob & Ruth Ann’s fourth child, Kerri, was born there. In 1987 Bob and Ruth Ann’s daughter, Laurie, sustained a brain injury which required the family to relocate for her rehabilitation.

While Bob worked for the State he was a Board Member/Treasurer for the Asthma Coalition of Texas for seven years and for 6 1/2 years he served as Community Services Chair for the Brain Injury Association of Texas. Bob also served as Advisor to the Alpha Phi Omega fraternity at Texas State University in San Marcos.

Returning home to Ater Farm in 2011, Bob was ready to enjoy his retirement. The VA had a different idea though and  offered him a position in Waco. After two years, it was obvious that his parents and Ruth Ann’s Dad were in need of more care so he resigned his position to be more available.

After his parents passed away, the inheritance of the farm became his life’s work; however he still had time for his many interests.

He fell in love with photography while at UT Tyler. In 1985 he and Ruth Ann decided to start a small business, J&J Photos, selling at Arts & Crafts shows. His first sale was of the Coryell County Courthouse. In 1986 his photo “Fire Water” won 1st in Landscape, President’s Award and Best in Show and was published in the Longview Bank & Trust’s 1987 calendar. (Click on "photos' to see the full image of "Fire Water") The following year his Human Interest entry “Fireside Memories” won Honorable Mention and was published in their 1988 calendar. That same year Bob entered the photography category of the Palestine Art Guild’s Dogwood Festival and won Best of Show overall. Bob was the ultimate Scouter. He was a member of Boy Scouts of America for over 30 years. As a leader, he served as Cubmaster, Scoutmaster (founding Troop 215 in 1992), Commissioner, Vice-Commodore Sea Scouts for Capitol Area Council, Lost Pines Campmaster Crew Leader, and National Jamboree Electronics Merit Badge Staff. He attended Sea Badge and became a member of the Buffalo Patrol in Wood Badge. He received many awards in Scouting including District Award of Merit, Distinguished Commissioner and in 1999 Silver Beaver, awarded for excellence in service to Scouting. For the first time in Capitol Area history, a husband and wife received this award at the same time. Bob was also a member of the Order of the Arrow, holding the Vigil Honor. The OA instilled an interest in Native American cultures, leading Bob to research his family history discovering ties to the Chickasaw tribe. He was given the name Yanush, meaning Buffalo, during a naming ceremony by the Chickasaw Community Council of Central Texas.

He had a keen interest in genealogy and local history, which led him to be involved with the Coryell County Genealogical Society, Coryell County Historical Commission, Wood Cemetery Association, and Confederate Veterans.

Bob was a lifelong reader, a love that was instilled in him by his mother. He collected a large assortment of books over the years encompassing a wide variety of subjects. He enjoyed being a member of the Mystery Book Club at the Gatesville Public Library.

He enjoyed “vintage” cars, particularly his 1956 Ford Fairlane, which reminded him of the car he had in High School. He enjoyed driving around the family property in an old Jeep, often taking his great-great nephews along for the ride.

He was preceded in death by his grandparents: Eugene and Evalena Baker Pugh and George and Martha Bennett Johnson; his parents, Willie and Belle Johnson; sisters Carol Johnson and Glenda and Linda Johnson.

Memorials may be given to Pearl Book Cottage or charity of choice.

To order memorial trees or send flowers to the family in memory of Bob Johnson, please visit our flower store.