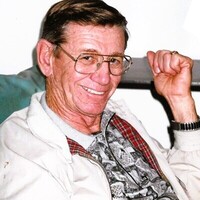 Funeral services will be held at 2:00 p.m. Friday, November 25, 2022 at Scott’s Funeral Home Chapel, with Pastor Peter Mafwal officiating.  The family will receive visitors one hour prior to services at the funeral home.  Interment will be at Ireland Cemetery in Hamilton County.  For those unable to attend, Mr. Lovelace’s services will be livestreamed on his obituary page at www.scottsfh.com.

Blake E. Lovelace, Jr. was born the first of five sons to the late Blake and Alice Lovelace on November 21, 1932 in the Ireland community of Hamilton County.  His mother said that he was “born on the hill just south of their 386 acre farm that his family bought during hard times in Ireland.”  He grew up in Ireland and graduated as Valedictorian of the Class of 1950 in Evant.  He then attended Texas A&M University, graduating with honors in 1954.  He was a member of the Corps of Cadets, the swim team and Alpha Zeta.  He worked at Sbisa Dining Hall among several other jobs to pay his tuition.  He married his co-pilot in life, Dorothy M. Harrell of Jonesboro, on July 17, 1954.  He began a career with the U.S. Soil Conservation Service and retired after 30 years of service with numerous awards and promotions.  Blake was the official weather recorder of daily rainfall, temperatures, snow and barometric pressure in Gaines County.  He was also selected through the U.S.D.A. to study and monitor radiation during the Cuban Missile Crisis in 1960.  His final posting was in Mt. Pleasant as the Area Conservationist.  In 1996, he received a special award for excellence from Howard E. Butts, head of the Department of Agriculture in Washington, D.C.

His many interests included cattle ranching, all aspects of gardening, fishing, and woodworking.  Each of his family members has a treasured item crafted by him.  He was always a leader in his community and volunteered throughout his life including three decades at the Gatesville Care Center.  After his retirement in 1989, he and his wife moved to Gatesville and built a home on Levita Road, where he ranched and raised Black Angus cattle. They had the privilege of traveling to several European and South American countries, Alaska and Hawaii.   Blake was always busy, hard at work and doing something productive. He was a lifelong member of the Methodist Church, where he taught Sunday School for many years.  He recently began attending services at Levita Fellowship and Bible Church.

He was preceded in death by his parents, Blake E. Lovelace, Sr. and Alice Taylor Lovelace; and a brother, Dale A. Lovelace.

Blake was a truly wonderful man who gave generously and everywhere he lived is a better place because of him.  He will be greatly missed by all who knew him.

For those wishing to make a memorial contribution, the family requests that they be made to a charity that Blake was passionate about, the Gatesville Care Center, 105 N. 7th Street, Gatesville, TX 76528.

To order memorial trees or send flowers to the family in memory of Blake E. Lovelace, Jr., please visit our flower store.