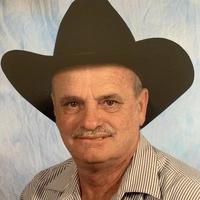 Billy was born on July 23, 1956 in Andrews, TX to Eldena Perkins and Melvin McCoy Tucker Sr. Billy moved to Austin at a young age where he grew up and attended school. He served his country as a United States Marine from 1975-1979. Billy married Joy Davis in August of 1980. He worked in construction and drywall construction in Austin for many years. Billy was a member of Buda Masonic Lodge A.F.&A.M. #800. He was also a member of Willow Grove Baptist Church in Moody.  To know Billy was to love him and to know you were loved.

He was preceded in death by his father and two great granddaughters.

To order memorial trees or send flowers to the family in memory of Billy Lee Tucker, please visit our flower store.