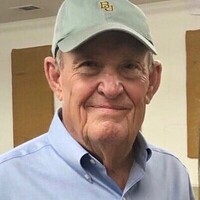 Billy Soltow, age 76 of Gatesville, passed away on Wednesday, December 16, 2020 in Houston.

Graveside services will be held at 2:00 p.m. Tuesday, December 22, 2020 at Restland Cemetery, with James Baize officiating.

Billy Ben Soltow was born on February 3, 1944 in Gatesville, to the late William Frank and Bennie Elizabeth Carothers Soltow.  He grew up living in Gatesville, Colorado, Germany and Japan.  He returned home to Gatesville in 1958 and graduated from Gatesville High School in 1962.  He married his high school sweetheart and love of his life, Delores Ann “Punk” Blanchard, on November 17, 1962, and they spent 57 years creating a beautiful legacy their children and grandchildren will carry with them always.

After graduating from Baylor University in 1967, Billy went to work for The State School for Boys in Accounting.  He then went to work for the United States Treasury Department and became an undercover narcotics agent, where he was a part of the arrest of the biggest heroin dealer in Houston.  In 1975, Billy went into the mortgage business, eventually owning mortgage companies in Copperas Cove, Temple, Killeen, and Austin.  Billy was also involved in other banking and construction endeavors.  In 1989, he opened American Medical Waste Company. In 2001 and 2005, his sons joined the business, and together, they grew it into the largest privately-owned medical waste business in Texas and surrounding states.  In 2008, Billy and his sons sold the company, and Billy retired.  Billy and Punk followed their dreams and built a cabin for their family in Lake City, Colorado on the banks of the Lake Fork of the Gunnison River.  They spent the next twelve summers with family as well as many friends, both old and new, in Lake City.  Billy was a lifelong farmer and rancher.  He remained an avid Baylor Bear and seldom missed a Baylor girls basketball game.

Billy’s greatest treasure was his family.  He taught the importance of family and how we are always there for each other.  Hard work, honesty, and integrity were absolutes that he both lived and taught.  Each grandchild will tell you they are his favorite, and they would be right.  They will also tell you that they are not who Poppy loved the most—Ma was the greatest love of Poppy’s life and always came first.  Together, they shared a passion for life that taught those they love to put each other first and to live every day to the fullest.

He was preceded in death by his wife, Punk; his parents; brothers, Ronnie Lynn Soltow and Johnny Jan Soltow.

In lieu of flowers, the family has designated memorials be made to the Gatesville Boys & Girls Club, 2533 E. Main Street, Gatesville, TX 76528.

To order memorial trees or send flowers to the family in memory of Billy Soltow, please visit our flower store.