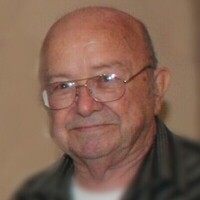 William Arthur (Bill) Francis Robinette, Sr. passed away peacefully on Saturday, April 24, 2021, at the age of 83 in Gatesville, surrounded by his beloved family.

Funeral services will be held at 11:00 a.m. Friday, April 30, 2021 at Scott’s Funeral Home in Gatesville. Interment with military honors, will follow at 2:00 p.m. at Central Texas State Veterans Cemetery in Killeen.  The family will receive visitors from 5 to 7 p.m. Thursday, April 29th at the funeral home.

Bill was born of the Santee Sioux tribe on February 4, 1938, to the late Mark and Berniece Robinette of Niobrara, Nebraska, at the U.S. Indian Hospital in Winnebago, Nebraska. He was one of 20 siblings. He graduated in 1957 from Marty Indian School in Marty, South Dakota.

He enlisted in the United States Army in 1958, and was a proud veteran of 20 years having retired as Sgt. First Class in 1978 from Ft. Hood, and settled in Gatesville. He traveled the world, where met and married the love of his life, Sandra Lee McGrath in Toul, France, in September 1960. During his travels, he visited all 50 states and more than 10 countries.

Bill was passionate about family time and had many hobbies. He enjoyed gardening, eagles, crafts, jigsaw puzzles, and most of all, trips to the casino to hit the slot machines. He was quite the card shark among family and friends and was a real savvy poker player. Over the years, he and his boys were actively involved with Boy Scouts, going on camping trips and earning badges. He was a member of Our Lady of Lourdes Catholic Church, the Knights of Columbus, and American Legion Post #42. Anyone who knew Bill, knew that he was immensely proud of his Indian heritage and was an avid Nebraska Cornhusker fan (of the early years).

He is preceded in death by his parents, baby daughter, Barbara Lorraine, and multiple brothers and sisters since he came from such a large family.

In lieu of flowers, the family has designated that memorial contributions be made to Coryell Memorial Foundation, 1507 West Main Street, Gatesville, TX 76528.

To order memorial trees or send flowers to the family in memory of Bill Robinette, please visit our flower store.