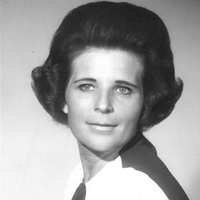 Betty Jo Maynard, age 77, of Gatesville passed away on Sunday, May 6, 2018. Graveside Services will be at 10:00 AM on Tuesday, May 8, 2018 at Levita Cemetery. Betty was born on April 7, 1941 to the late David and Eva Sharp Armer in Haworth, OK. She graduated from Haworth, OK in 1958. On November 16, 1970 she married the love of her life Milton “Mickey” Maynard. He not only married Betty but also was a daddy to her four children. Betty loved playing games, telling & hearing jokes, and enjoyed to fish any chance she got. Most importantly, she loved her family and would defend them to the end even if they were wrong. Betty was lifelong member of the Church of Christ. She retired from TDCJ after 20 years of employment in 1996. Betty was preceded in death by her parents; husband; sister, Lula Mae Choat; brother, David Armer; son, Christopher Maynard and her best friend of many years, Ima Jean Sanders.   Betty is survived by her children, Doug Lisenby and wife, Sheila, Steve Jackson and wife, Tanya, Lori Jackson and husband, Gary, Tammye Gossett and husband, Ray; seven grandchildren, Kendra Mussard, Charles Lisenby, Joshua Lisenby, Amy Hogue, Chelsae Desormeaux, Johnny Jackson, Maegan Maynard; 20 great grandchildren and two great great grandchildren.
To order memorial trees or send flowers to the family in memory of Betty Jo Maynard, please visit our flower store.