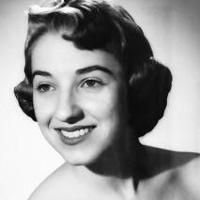 Barbara was born on June 19, 1937 in Cross Cut, Texas, to the late Lawrence and Maxine Newton.  Her father passed away when she was at the age of four years old and her mother worked very hard to provide everything she needed afterwards.  At the age of 12, she was lovingly taken into the Lockhart family when her mother married Guy Lockhart of Pidcoke.  She graduated from Gatesville High School in 1955.  She then attended Texas Christian University and graduated from Baylor University with her Bachelor Degree in elementary education.  She met and married the long-term love of her life, Grant Smith in 1968 while teaching at Pershing Park Elementary School in Killeen.  They moved to Carrollton in 1974, where she began a career in real estate that spanned over 30 years.  She remained faithfully active in her high school class of 1955’s activities throughout the years.  She was also active in the civic league, numerous book clubs and Aldersgate United Methodist Church. She was proud to be a mother and grandmother to her son and two granddaughters.

She is survived by her husband, Grant Smith; son, Scott Smith; and two granddaughters, Lee and Kassandra.

In the interest of her love for reading and libraries, memorials may be made in her name to the Friends of the Carrollton Public Library.  Gifts can be mailed to FOTCPL, P.O. Box 118010, Carrollton, TX 75011 or made online at friendscarrolltonlibrary.org.

To order memorial trees or send flowers to the family in memory of Barbara Jean Smith, please visit our flower store.