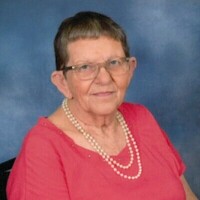 Barbara Jean Sanders, age 89 of Gatesville, passed away on the morning of December 11, 2020 peacefully at her home.

Barbara was born on February 6, 1931 in Coryell County to the late Seaborn L. Ashby Sr. and Clara E. Blair Ashby. She grew up and attended school in Gatesville, graduating with the class of 1948.  She married Francis Sanders on January 17, 1948 in Gatesville. Barbara worked at Coryell Memorial Hospital for over 27 years. Starting when the hospital was on Lutterloh and continuing to serve after it moved to its current location. Barbara was a member of Gatesville Church of Christ.

To order memorial trees or send flowers to the family in memory of Barbara Jean Sanders, please visit our flower store.