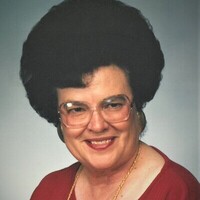 Funeral services will be held at 10:00 a.m. Wednesday, May 25, 2022, at Scott’s Funeral Home Chapel.  Interment will follow at Restland Cemetery.  The family will receive visitors one hour prior to services at the funeral home.

Barbara was born March 30, 1940, in Gatesville, to the late Cleburne and Ozell Whisenhunt Gilchrest.  She grew up and went to school in Gatesville.  She worked at Wall’s Manufacturing and Medical Plastics Laboratory and as a correctional officer for the Texas Department of Criminal Justice, retiring in 2001.  She married Gene Robertson in 1984 and he preceded her in death in 1995.  She was a member of Calvary Baptist Church.

She was preceded in death by her brother, Dale Gilchrest and a great-grandson, Jaxon Bray.

To order memorial trees or send flowers to the family in memory of Barbara Robertson, please visit our flower store.