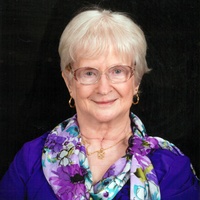 Barbara Davis-Kyle, 73, of Gatesville met her Lord face to face Thursday, September 6, 2018. Funeral service will be held at 2 p.m., Tuesday, September 11, at Eastwood Baptist Church in Gatesville. Visitation will be held at the church from 12:30 p.m. until the service begins. Interment will immediately follow the service at Restland Cemetery in Gatesville. She was born Barbara Kaye Akin on June 16, 1945 to Charles Ewell and Willie Helen (Grisham) Akin in Temple, Texas. She attended public schools in Temple but did not graduate, obtaining a G.E.D. a number of years later. She received her Associates Degree, graduating with Highest Honors from Central Texas College in 1994.  Upon moving to Evant, Texas in 1972, Barbara began working as a secretary for the Evant ISD and later became the district’s tax assessor-collector. She was designated by the State of Texas in 1977 as a Registered Professional Assessor. After moving to Gatesville in 1981 she entered employment at the Coryell Central Appraisal District where she worked until retirement as the Deputy Chief Appraiser in 2008. In addition to her duties in Coryell County she also became an instructor certified by the Texas State Property Tax Board and in 1990 was voted the Instructor of the Year by her students and the Texas Association of Assessing Officers.  Barbara loved her Lord, Jesus Christ, and was very involved in church life at Eastwood Baptist in Gatesville. After retirement she became active in the volunteer team at Coryell Memorial Healthcare, and spent many nights playing Farmville with a world-wide collection of Facebook friends. In August 2010, Barbara was a passenger in an automobile accident that left her a quadriplegic and she spent the remainder of her life in hospitals and nursing homes. Despite her condition, her unwavering faith in Jesus Christ became an inspiration to many people who knew her. She was also well known for her infatuation with Elvis Presley, Mark Harmon, Nestor Carbonell, and Dwayne “The Rock” Johnson. She “spent many nights with Elvis” singing from her Echo Dot. She was preceded in death by her parents, an infant brother, and two husbands: Harvey Lester Davis, Jr. and David Guy Kyle. She is survived by a sister, Edith Gwendolyn Foote, of Kerrville; son, Shayne Embry and wife, Debra, of Clifton; son, Daniel Kyle, and Chapin Haynes of McGregor; son, Steven Lester Davis; niece, Patricia Jones and husband, Bobby, of Crawford; nephew, Andrew Roberts and wife, Joan, of Granbury; and several grandchildren. The family would like to acknowledge and thank the wonderful caregivers at Hillside Medical Lodge, Coryell Memorial Hospital and Kindred Hospice. Memorials may be made to Eastwood Baptist Church in Gatesville, 2518 Main Street, Gatesville, TX 76528.
To order memorial trees or send flowers to the family in memory of Barbara Davis-Kyle, please visit our flower store.