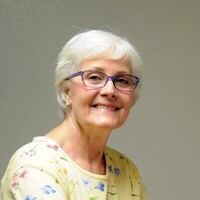 Barbara Diane Conley, age 70, lost her long battle with breast cancer on Friday, October 28, 2022 and went to be with her Lord and Savior Jesus Christ. She passed away at her home in Gatesville, Texas. Barbara was a Christian, wife, mother of seven children and grandmother of fifteen.

She was born to Archie A. Lee III and Betty L. Lee on November 14, 1951 in Los Angeles, California. Her childhood years were spent in Manhattan Beach, California. She attended El Camino College and graduated with an AA degree. In 1975 she met and fell in love with David Conley and called him the love of her life. In 1977 they welcomed their first son (Brian) and in 1979 had their first daughter (Sarah).  In 1984 she became a born again Christian. Her love of God caused her to want more children and five more children followed in rapid succession. Charles (1990), Charlotte (1991), Margaret (1993), Katherine (1995) and Peter (1997).

During the early years of her marriage Barbara worked as a bank teller, aerobics instructor, school crossing guard, bookkeeper, licensed real estate saleswoman and crisis pregnancy center counselor but her most rewarding profession was being a stay at home mom and homeschooling all of her children.  Three of them are teachers in the public school system, one is an Engineer, one is an Operations Manager of a major AC service company and one is a stay at home mom with four children. She must have been a good teacher to have all her children be successful. She taught Sunday school classes, led Women’s Ministry and Awana at the three churches she attended over her many years as a Christian. Barbara was a fun person, always up for a new adventure such as backpacking on her honeymoon, camping at the beach or mountains, taking cross country RV trips, sailing, parasailing, snorkeling, kayaking, waterskiing, snow skiing, running a marathon, ocean cruises to Alaska and Panama or moving to a ranch in Texas where she could have cows and chickens and muck out horse stalls.

She will be missed by the many people who loved her.

To order memorial trees or send flowers to the family in memory of Barbara Diane Conley, please visit our flower store.