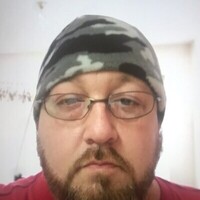 Memorial services will be held at a later date.

Tony was born on May 1, 1969 in Fort Meade, Maryland to the late Ezra Byrd and Carolyn Childress Hamm. He grew up and attended school in Yadkinville, North Carolina. He graduated from Forbush High School in 1987.  Tony went to work with his father Ezra in the family “Body Shop” business. He met Mary Lineberry in 1994 and they were married on September 11, 1998 at their home in Yadkinville. Tony went back to school in 2008 and was certified to remove asbestos tiles and reinstall new ones.  He enjoyed this work for close to ten years before moving to central Texas in 2017.  Tony was the happiest when he could work on cars, "Tinker", as some would call it.

He was preceded in death by his parents; grandparents on both sides; and a sister, Bethany Byrd.

To order memorial trees or send flowers to the family in memory of Anthony "Tony" Kent Byrd, please visit our flower store.