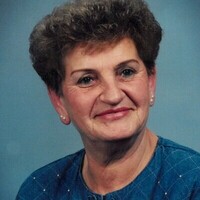 Funeral services will be held at 11:00 a.m., Tuesday, October 25, 2022 at Scott’s Funeral Home Chapel, with Rev. Sam Crosby officiating.  Interment will follow services at 2:00 p.m. Tuesday at the Central Texas State Veterans Cemetery in Killeen.  Visitation with Mrs. Clark’s family will be one hour prior to services at the funeral home.

Anna Dora Clark was born on February 11, 1936 in Germany, to the late Peter and Babett Wenzel Kraus.  She grew up in the Bavarian region of Germany.  She married Sam Clark on November 28, 1959 in Schweinfurt, Bavaria, Germany.  They resided in various locations, while her husband was active duty in the US Army, until moving to Gatesville in 1972.  She was a dedicated mother and homemaker, raising her family and later worked for over 20 years at the Guaranty Bank & Trust.  She was a member of Live Oak Baptist Church.

She was preceded in death by a son, Edward LeRoy Clark in 2011.

In lieu of flowers, the family request that memorials be directed to the Boys and Girls Club of Gatesville, 2533 E. Main Street, Gatesville, TX 76528.

To order memorial trees or send flowers to the family in memory of Anna Clark, please visit our flower store.